In 1992 the pink ribbon was adopted as the official symbol of National Breast Cancer Awareness Month. Twenty years ago most women knew someone, who knew someone, who had been touched by Breast Cancer. Sadly, now, it seems we all personally know someone who has suffered from or lost their fight with the disease.

Breast cancer is by far the most common cancer diagnosed in women in both in the developed and the developing world. Statistics issued by Breast Cancer Research UK show that in 2008 Western Europe, Australia/New Zealand and Northern Europe had the highest incidence and mortality rates from breast cancer, closely followed by Northern America and Southern Europe. Breast cancer incidence has increased in most countries worldwide in the last decades, with the most rapid increases occurring in many of the developing countries. However, it is also increasing in the developing world due to increased life expectancy, increased urbanization and interestingly, the adoption of western lifestyles.

Coinciding with October’s Breast Cancer Awareness Month, we at Shanghai Family are proud to be supporting More than Aware, a charity lunch to be held at the Kerry Hotel on 30th October.

More than Aware first came about last year, spearheaded by Suzanne Calton, who 3 weeks previously had lost her mother to Breast Cancer. Organized in less than 2 weeks, Suzanne and her self-named ‘Sisterhood in Action’ found a venue, sponsors, sold 200 tickets and the event went on to raise 50,000rmb. She tells us “Last year’s event was based on a dream I had of seeing a room full of women all at white tables with flashes of hot pink around…meeting to learn how to be ‘More than Aware'”. This year, they are back bigger and better!

The charity fundraiser luncheon takes place on 30th October  11am-2pm at the Kerry Hotel, Pudong,  and aims to promote awareness across Shanghai’s local and expatriate populations, and encourage women to play an active role in breast cancer prevention. Hoping to double the number of attendees from last year, all funds rasied will be donated to this year’s beneficiary;  Shanghai Cancer Recovery Club. The club has 12,000 members who are either living with or recovering from cancer, and an estimated 25 to 30% of these members are breast cancer patients. As well as providing therapy, Shanghai Cancer Recovery Club offers activities and events to help patients remain positive and hopeful.

Sponsored by the Kerry Hotel, guests will sit down to a gourmet 3 course lunch, be entertained and informed by guest speakers, and be strongly encouraged to take part in the silent and live auctions. We will update with you with auction prizes and speaker details as we receive them from organizers.

Tickets are on sale at 250rmb per person through an event organizer or at the following stores: Subconscious Day Spa (Jinqiao branch only), World Health Store (Kerry Parkside and Shanghai Center), Nuo Mi (all locations), Lollipop (all locations).

‘The pink ribbon represents fear of breast cancer, hope for the future, and the charitable goodness of people and businesses who publicly support the breast cancer movement.’ (Wikipedia).

Tickets for the More Than Aware lunch come in the form of a pink ribbon. Wear yours with pride. 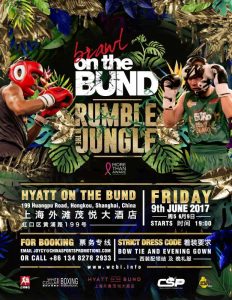 Brawl on the Bund 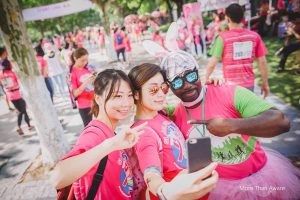 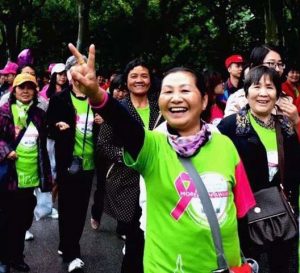